The Hindu Succession Act 2005, which gives equal rights to daughters on ancestral property, applied to all women including those born before the year, the Supreme Court clarified recently.

A bench of Justices AK Sikri and Ashok Bhushan said that the share in ancestral property could not be denied, to a woman, on the ground that she was born before the law was passed, and the law was applicable in all property disputes filed before 2005 and pending when the law was framed.

The bench added that the amended law stipulated that a daughter would be a “coparcener” (one who shares equally in inheritance of an undivided property) since birth, and have the same rights and liabilities as a son.

Passing the order on a plea filed by two sisters seeking share in their late father’s property, the court said that the law was amended to give women equal status with men in matters related to ancestral property.

The two sisters approached the apex court after the trial court in 2007 dismissed their plea saying that they were not entitled to any share as they were born before 2005. The High Court also rejected their plea.

Setting aside the High Court order, the Supreme Court said that the year of birth was not a criterion to decide whether a woman was covered under the amended law. 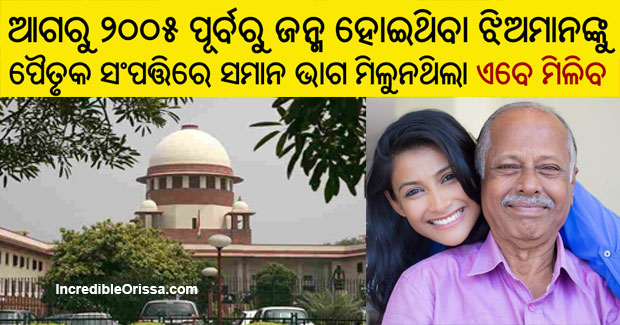