Head coach of Odisha Ranji team and former India team fast bowler Debashish Mohanty has been appointed as a member of BCCI junior selection committee by the Supreme Court-appointed Committee of Administrators.

The Committee of Administrators chief Vinod Rai confirmed the development. “We have appointed Debashish Mohanty as the fifth member of the junior selection panel. Since SC order states that it needs to be five member panel, we had given the names to Cricket Advisory Committee,” Rai said.

“However Sachin (Tendulkar), Sourav (Ganguly) and VVS Laxman all declined as they had their own reasons. So among the list of names available we saw Debashish had the maximum international experience. So he has been appointed,” Rai informed.

Debashish Mohanty will replace former fast bowler Venkatesh Prasad who had resigned from his position as chief selector in March.The other members in the selection committee are Ashish Kapoor, Rakesh Parikh, Gyanendra Pandey and Amit Sharma.

Debashish Mohanty had played 45 ODIs for India between 1997 and 2001. He played the 1999 World Cup in England. Bhubaneswar and Surat direct flight service soon 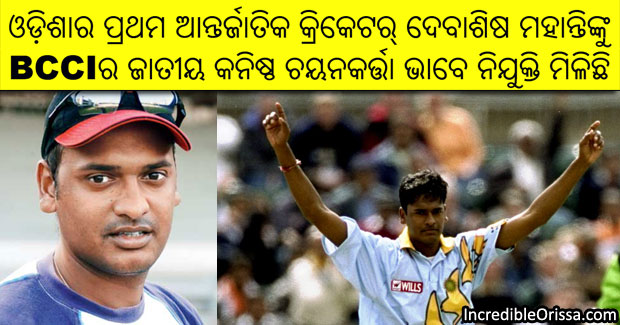