Veteran Odia actor Debu Bose passed away while undergoing treatment at a private hospital in Hyderabad, family sources said on Thursday. He died on Wednesday night at the age of 75.

Bose had earlier suffered from two heart attacks and was undergoing treatment in Hyderabad from the past four months. The actor who was popular both in Odia and Bengali film circles. He has more than 130 films to his credit.

Bose was one of the most influential actors in the Odia movie industry and rose to prominence after portraying the role of ‘father’ in superhit Ollywood films like Pua Mora Kala Thakura, Samaya Kheluchhi Chaka Bhaunri, Ki Heba Sua Posile, Phula Chandana and Suna Chadhei.

Apart from being a veteran actor, he was an expert dancer and choreographer. He had also received training from renowned Odissi dancer Guru Kelucharan Mohapatra. Not just this, he had also directed several plays during his stint with a regional theatre group ‘Diganta’.

Debu Bose started his career with ‘Tapasya’ in the 80s and his last film was ‘Raasta’ which came out in 2014. The entire Ollywood fraternity expressed their grief at the sad demise of the legendary actor. 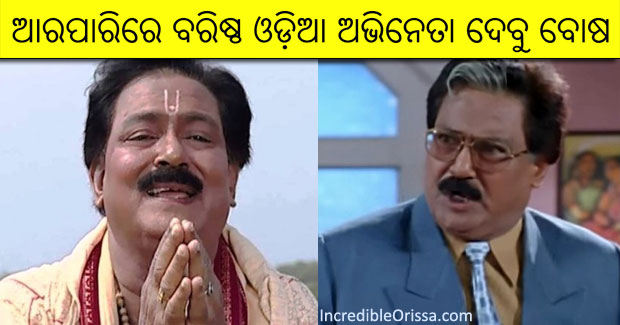