The Odisha government gave in-principle approval for setting up a commercial airport near Dhamra port in Bhadrak district.

The approval was given at a high level meeting chaired by Chief Secretary AP Padhi. The Dhamara Port Company Limited (DPCL) had proposed to set up the airport near its port for better air connectivity.

The Dhamara Port Company Limited (DPCL), run by the Adani Group, had earlier proposed to set up the airport to boost commercial activities near its port.

Accepting the DPCL’s proposal, the state had sought a detail project report (DPR) for establishment of a commercial airport near Dhamara port.

Meanwhile, the Bhadrak district administration has acquired some land for the proposed airport and for setting up a port based industrial park.

Reviewing the development, Mr Padhi directed the port authorities to set up an ultra-modern community health centre at Dhamra for the health requirement of the local community.

With a target to set up an industrial park at Dhamra, Mr Padhi also asked the works department to finalise the tender process for widening of Jamujhadi-Dhamara road and finish the work within 15 days.

The government has also planned to set up a police station near the port. Dance moves of this Odisha traffic cop are going viral on the internet 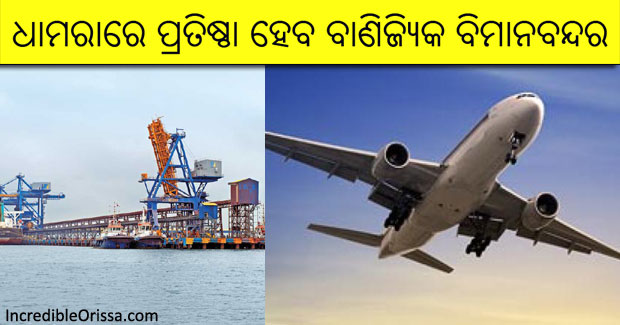