Bollywood actress Dia Mirza has appealed to chief minister Naveen Patnaik in her twitter handle to save the elephants of the Chandaka Wildlife Sanctuary, which have moved to the Athgarh region.

Dia Mirza, the former Miss Asia Pacific is part of a campaign called GiantRefugees launched by Mumbai-based Sanctuary Nature Foundation. The Wildlife Society of Odisha (WSO) is partnering the campaign.

A herd of 22 elephants has been roaming in the Athgarh forest division creating panic among locals. Man-animal conflict has seen two elephants being electrocuted and four villagers being killed in this region. The reason why elephants have shifted base is because of the shortage of food.

WSO secretary Biswajit Mohanty said, through the GiantRefugee campaign, state machineries will be sensitized so that they take serious note of the matter and put tangible efforts to bring back the elephants. “The natural habitat of these elephants has been destroyed. The herd is being tormented by the people. It is high time we saved these animals,” said Mohanty. 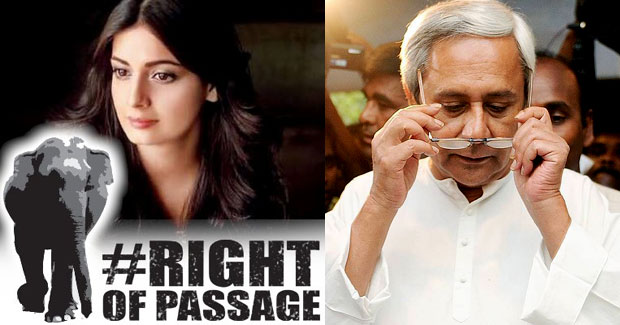