The Ekalabya Puraskar 2017, would be given to Hockey player Dipsan Tirkey. The State’s prestigious sports award would celebrate its 25th year.

The annual award comprising a cash prize of Rs 5 lakh and a citation would be presented to the talented player at the Ekalabya Award function. The Ekalabya award was started in 1993.

Tirkey has a brilliant international and national track record. He was a member of the Indian team that emerged champion in the 8th Junior Men’s Asia Cup Hockey Tournament in Malaysia and is a rising star in the current national team.

Besides Tirkey, two other sportspersons will be felicitated for their remarkable performances at various International & National level in their respective fields.

They are athlete Amiya Mallick and hockey player Deep Grace Ekka, who was a member of the Women’s Indian Olympic team. Both will receive a cash prize of Rs 50,000 each along with citations. The date for Ekalabya Award function will be announced later. 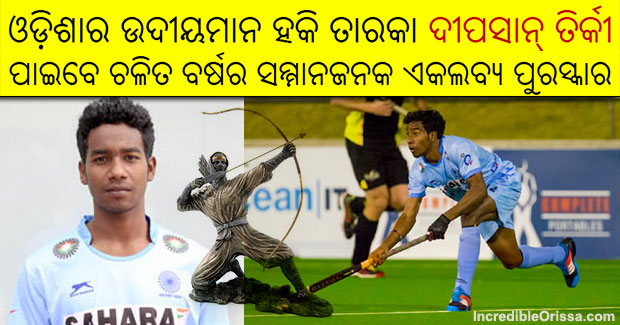