Ray breathed his last at his residence in Shastri Nagar of Cuttack. A pall of gloom descended on Ollywood, Odia film industry, after the demise of Ray.

Gapa Hele Bi Sata, the first movie directed by Ray, was released in 1976. It was directed by Nagen Ray starring Harish Mohapatra and Banaja Mohanty. The story was penned by Basant Mohapatra and cinematography by Surendra kumar Sahoo and art director Nikhil Baran Sengupta.

The film is best remembered for its melodious and soulful songs like ‘E Banara Chai’ and ‘Gapa Helebi Sata’.

After the success of the film, he was offered several movies to direct. However, he chose to direct movie ‘Tapasya’, which got released in 1980 and was Ray’s last film as director. 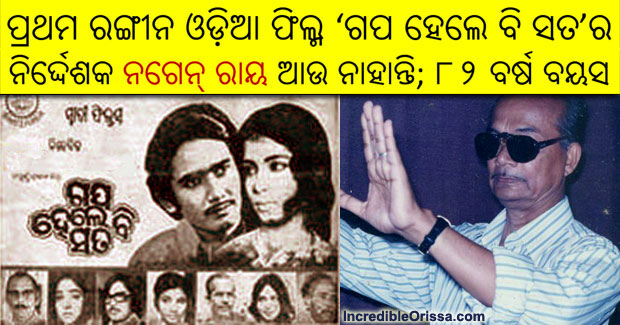