Dola Poornima is the concluding day of six-day long worship of Radha and Krishna, which starts on Phagu Dasami.

It is celebrated on the full-moon day in the Odia month of Falguna. The colour festival of Holi is celebrated usually on the day following Dola Purnima.

On Dola Purnima that is celebrated a day before Holi, hundreds of disciples wait outside the Jagannath temple for the Lord to come out of the temple and play Holi with them.

Amidst loud bhajans and brilliant colours, the Lord is brought out in a grand and colourful procession along with idols of Laxmi and Saraswati.

This grand procession leads to a mandap near the temple called the ‘Dola Bedi’.

The three deities are then placed on a jhulla or a swing and that is soon followed by a series of traditional rituals before the Lord is brought back to the temple on the same day.

So even if the ritual of playing Holi with Lord Jagannath comes to an end, the celebration of doesn’t end there. In fact it marks the beginning of the festival of colours.

Dola Purnima procession is led by village drummers, pipers and the ‘Sankirtana Mandalis’. The procession halts in front of each household and the deity is offered ‘Bhog’. On the final day of the Purnima the celebration culminates in a swing-festival for the deities. The idols carried in Bimanas from a number of villages assemble in an important place where swings are fixed on a platform. 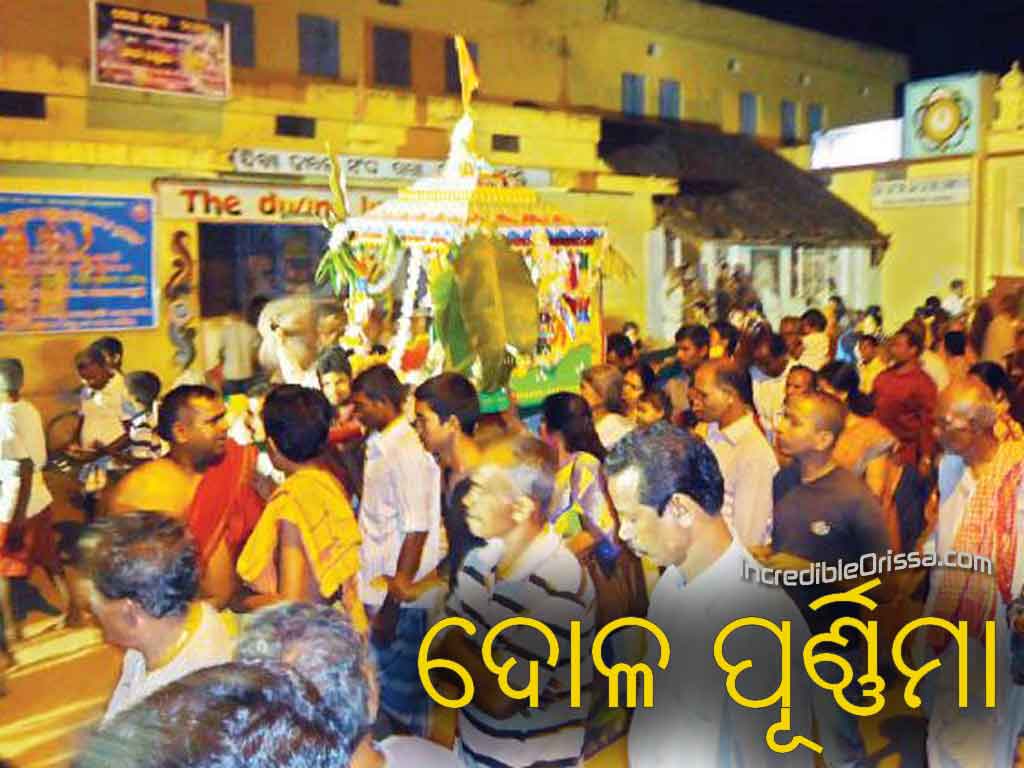