The Regional Transport Office (RTO) has decided to conduct awareness camps in all colleges of Bhubaneswar to help students get driving licences for two-wheelers.

According to the RTO, 85% students ride bikes without a valid licence. The RTO is also planning to amend the Odisha Motor Vehicle Act and authorize college principals to issue learner’s licence to the students.

“We had earlier visited some schools, where students were told how to apply for learner’s licence. Similar camps will be held in colleges and universities. Once we activate the web application system, students will be able to apply for licence online. RTO officers will visit the colleges and conduct driving tests before issuing licence,” said regional transport officer (Bhubaneswar-II) Sanjaya Behera.

An officer in the transport office said in the absence of valid licence, it becomes difficult to claim insurance benefits in case of accidental death.

“We are educating the students on three important aspects. First, they have to pay Rs 500 penalty for driving without a valid licence. Second, family members can’t claim insurance in case of death in accident. Third, a comprehensive database of students, having driving licence, can be prepared,” the officer said. 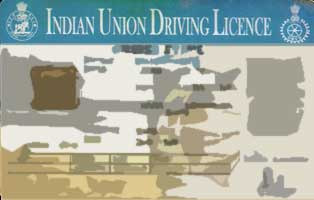 Bhubaneswar city’s vehicle strength has touched 7.5 lakh of which 72% are two-wheelers. “Thirty per cent of these belong to college and university students,” said the officer added.

Commerce and Transport Minister Ramesh Majhi said the special camps would encourage youngsters to understand the importance of rules and regulations while driving a vehicle on the road.