Three Odia films will battle it out at the box office this Durga Puja – Hero No 1, Kabula Barabula Searching Laila and Shiva Not Out.

Tarang Cine Productions’ “Hero No. 1” featuring Babushan and Bhumika Dash is already winning the hearts of film-lovers. Directed by Tapas Sargharia, the movie hit the theatres on September 23. Babusan plays a lawyer for the first time in this movie, while Bhoomika is a journalist. The movie also features Mihir Das, Kuna Tripathy, Puspa Panda and Pintu Nanda.

Directed by Sudhanshu Sahoo, “Shiva Not Out” starring Arindam and Archita as the lead cast is a love story. Prem Anand has composed music for the movie that has been produced under the banner of Ratna Films, Arindam’s home production. This is the fourth film together for the Arindam and Archita duo that includes the hit Raja Jhia Sange Heigala Bhaba.

Also in the competition with the younger actors is superstar Anubhav Mohanty in the Ramesh Rout directed flick “Kabula Barabula Searching Laila”. Elina Samantray will be seen opposite the Balunga Toka actor who plays the role of a villager in the film. The movie features other popular actors such as Harihar Mohapatra, Pappu Pom Pom and Pradyumna Lenka. 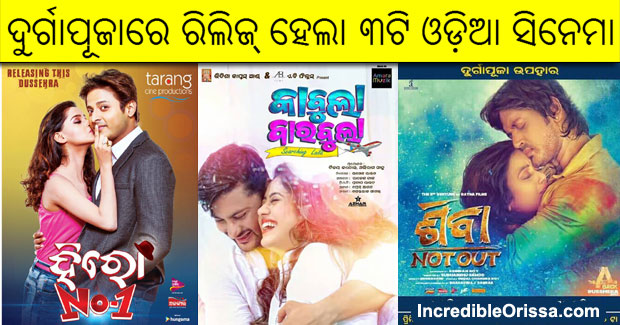