Dutee finished the 200m event clocking 23.20 s behind Bahrain’s Edidiong Odiong who won the gold medal with the timing of 22.96 seconds. Dutee’s medal was India’s 52nd at the ongoing Games and the second on Day 11. Watch the video:

A crowd had gathered around the TV at Chaka Gopalpur, the native village of ace sprinter Dutee Chand, in Jajpur district. There was pin drop silence in the room. Everyone appeared tense as she prepared to race off the starting blocks in the 200 metres final at the Asian Games in Jakarta on Wednesday.

As the gun was fired and Dutee thundered off the block, the silence was suddenly torn apart as the crowd cheered on for all the 23.20 seconds that she took to grab the silver. “Ja ja” (run, run) they shouted in chorus that turned into a crescendo of triumph as Dutee went past the finishing line, missing gold only by a whisker.

Praying for her daughter’s success, Dutee’s mother Akhaji had lighted an akhand deep (an eternal lamp) before the presiding deity of the village. As Dutee picked the silver, an elated Akhaji said: “I am very happy with her performance. I only hope she wins gold at the next Olympics.” 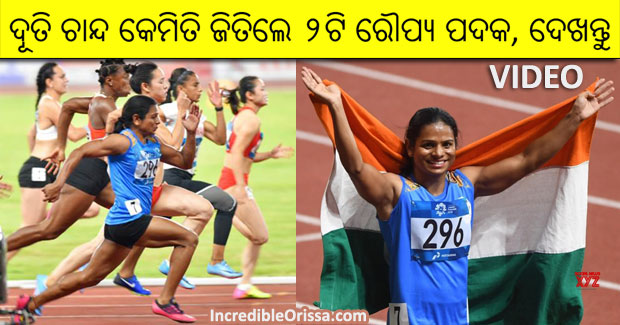