Odia sportswoman Dutee Chand’s life story and struggles will soon be on the silver screen in the form of a biopic.

The biopic will showcase the journey of Dutee’s educational and sports career, starting from the year 2013, when she joined KIIT to studying BBA-LLB while pursuing her sports career simultaneously.

The film will be on a large canvas and will be produced by Achyuta Samanta. The makers have planned to make it in seven languages including Odia. The shooting of the film will start by 2020 and is expected to be completed by the end of the year.

However, there’s no confirmation yet on who will play Dutee on screen. KIIT authorities have talked about making the film with a National Filmmaker’s team.

While rumours are abuzz that a few Bollywood actors might be roped in to play the lead characters like Achyuta Samanta, Dutee Chand and her coach Nagpuri Ramesh. 50% of the film will be shot in Odisha. 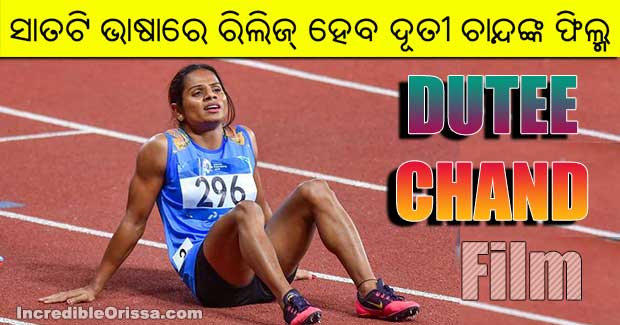