Odisha Sprinter Dutee Chand has figured on the cover pages of The New York Times, one of the frontline news magazines of USA, and the leading Indian news magazine, India Today.

Dutee Chand will be only the second Indian woman sprinter to participate in the Olympics — PT Usha competed in the 100m and 200m at the 1980 Moscow Games.

In its exclusive article, The New York Times has given a detailed account of the Dutee’s travails after she failed the test conducted to check the level of androgen in her body. The article has also praised the mental strength of this indomitable sprinter who managed to overcome the insult and the frustration and staged a stunning and determined comeback by qualifying for the Rio Olympics.

In its cover page article, India Today has narrated the ordeal and the struggle of Dutee in her career in athletics.

Dutee Chand was born on 3 February 1996 to Chakradhar Chand and Akhuji Chand in Gopalpur, in the Jajpur district of Odisha.She is one of four daughters born to the poor weaver couple. Her source of inspiration comes from her elder sister Saraswati Chand, who was an athlete herself. 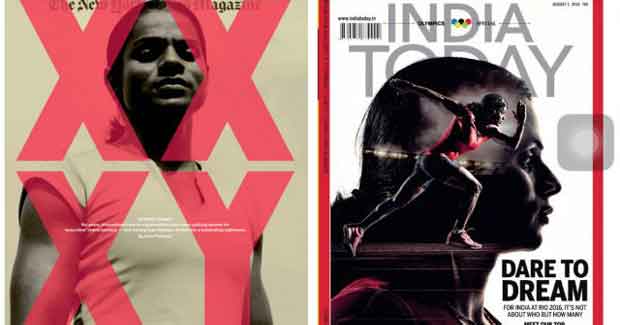