The ace sprinter from Odisha, Dutee Chand will soon be seen in the popular ‘The Kapil Sharma Show’. The sprinter took to her social media account to share the moments at the comedy show.

The shoot has already been completed for the episode, which will be telecasted soon. However, national television channel Sony that is telecasting the comedy show released the promo of the episode. Watch it here.

ALSO READ: Golf Resort at Satapada in Puri to be developed by Mayfair Hotels

She has uploaded four photographs of the episode and captioned it as – “I am overwhelmed to attend the show as the first person of Odisha. I thank Kapil Sharma ji for inviting me to this unique show.”

Besides Dutee, former Indian football captain Baichung Bhutia and hockey player Sandeep Singh will be seen in the episode.

Earlier this month, the Asian Games medalist had revealed that she is in a same-sex relationship with her ‘soulmate’. She is the first athlete to acknowledge her lesbian relationship openly before the media. 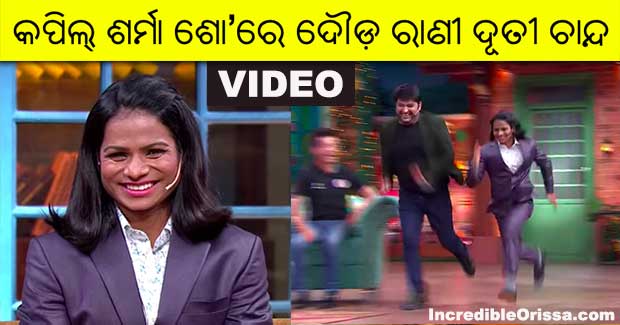