The fastest sprinter of the country, Dutee Chand has been featured in the 47th spot among ’50 MOST POWERFUL PEOPLE IN INDIA’ compiled by leading magazine India Today.

The magazine wrote, “India’s first openly ‘gay’ sportsperson, Dutee Chand won two silver medals at the 2018 Asian Games. She also won gold at the 2019 World Universiade. With the gold, Dutee Chand became the second Indian sprinter ever to do so at a global event.”

Indian cricket skipper Virat Kohli has been ranked 7th in the list, while Bollywood megastar Amitabh Bachchan is in the 9th position in the list. 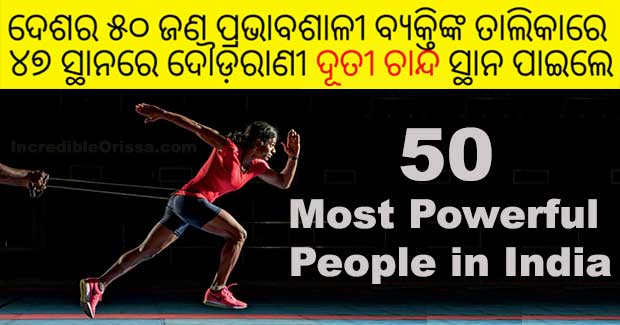