India’s sprinter Dutee Chand clinched the silver medal in the final of women’s 200m dash at the 18th Asian Games. Now she joined her illustrious compatriots such as PT Usha in the list of athletes who have won more than one medal at the Asian Games.

She crossed the finishing line in 23.20 seconds, behind Bahrain’s Edidiong Odiong who clinched the gold in 22.96. The bronze went to China’s Wei Yongli (23.27).

Dutee’s medal was India’s 52nd at the ongoing Games and the second on Day 11 following Manika Batra and Achanta Sharath Kamal’s table tennis bronze. India now have 9 gold, 20 silver and 23 bronze medals in the competition so far.

Dutee came into the Asian Games after enduring a difficult past few years but her performance in Jakarta will keep her critics quiet for good now.

She was dropped from India’s Commonwealth Games contingent in 2014 after being rendered ineligible to compete as a female athlete due to hyperandrogenism policy of the world athletics body (IAAF), the last four years of her life have not been easy for the 22-year-old Odisha athlete.

But she got the suspension overturned in the Court of Arbitration for sports in January this year, which allowed her to participate in international 100m and 200m events. Dutee however, was unceremoniously dropped from the squad for the CWG this year in Gold Coast. 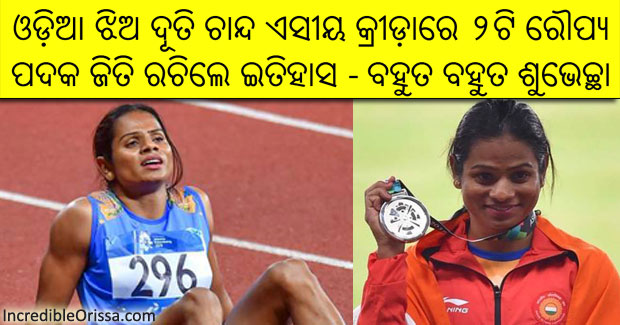