The idea behind the vehicle is to save on fuel and emit zero pollution, said Singh. While the concept has been borrowed from China, Singh mentioned that the entire unit is indigenous. “We manufacture all components here,” he added.

The e-rickshaw vehicles come in two variants – a loader and a passenger car, Managing Director of the Company Akashdeep Singh said. The passenger vehicle runs on a 850-watt motor which gets its optimum charge with six hours of plugging. The loader runs on a 1550 wattage battery, company sources said.

This battery operated passenger rickshaw can be recharged with normal household power supply takes an average charging time of about 8-9 hours, with electric consumption of 3 units. Electric load carriers have a mileage of 90-100 kilometers.

Mayor AN Jena presided over the function and hailed the firm for its effort towards pollution-free transport. “The civic authority has been looking for options to check pollution after Bhubaneswar topped in the Smart City list. DSF’s innovation is welcome,” Jena said. 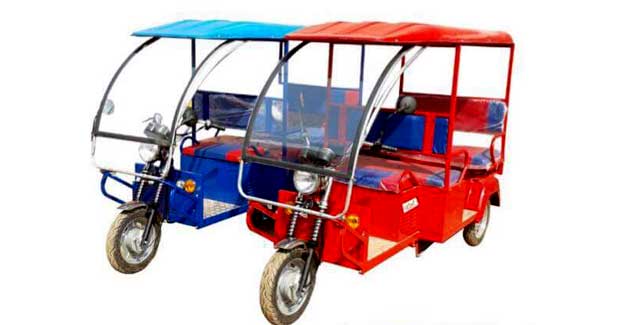