Earthquake felt in some parts of Odisha including the twin city of Bhubaneswar and Cuttack as a mild quake struck at 7.26 pm today on 13 April 2016 (Wednesday).

As per reports there was no loss of life and property while the tremor was also felt in Bhadrak, Jagatsinghpur, Baripada, Rourkela, Balasore, Anandpur, Puri and few other places in the State.

The earthquake ranging to a Richter scale of 6.8 with epicenter at India-Myanmar border struck the city at 7:26 pm, said sources.

Tremors were also felt in many parts of North and East India.

Check also: Possibility of Earthquake in Odisha – What Geologists said 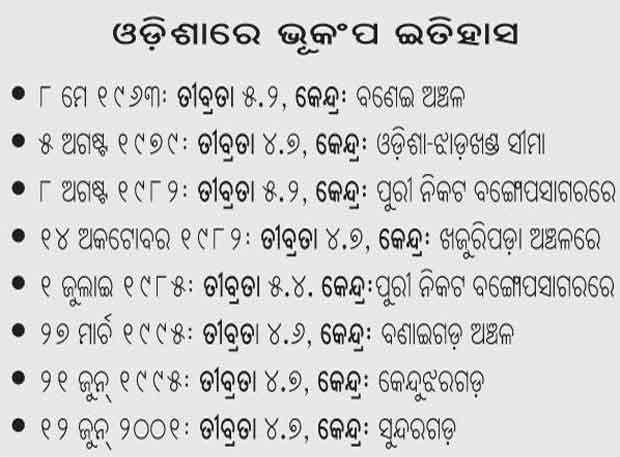 5 Comments
Improve your male potency and fight back the premature ejaculation. With the help of tadalis-reviews.com you will have your healthy sexual life back in no time. Order it with Priligy online and forget about premature ejaculation once and for all.
Copyright © 2022 Incredible Orissa.
error: Content is protected !!