Dharmendra said CNG connection is the New Year gift for Odisha. “We had announced to provide cooking gas to households in Bhubaneswar through pipeline. We kept our promises and started it in the city. Now we introduced CNG in the state. It will bring positive change in the lives of people,” he said.

He also launched CNG-run scooters and auto-rickshaws. He said a CNG-run scooter can run 80 km per one kg of this fuel. An auto-rickshaw can show a mileage of 60 km per 1 kg of CNG. A person can save 30 to 40 per cent of his/her oil expenses every month, he added.

The rate of 1 kg of CNG is Rs 59. To avail the service, an owner has to convert his/her scooter into CNG mode by spending Rs 15,500. They can get interest-free loan from Bank of Maharashtra, said a GAIL official. 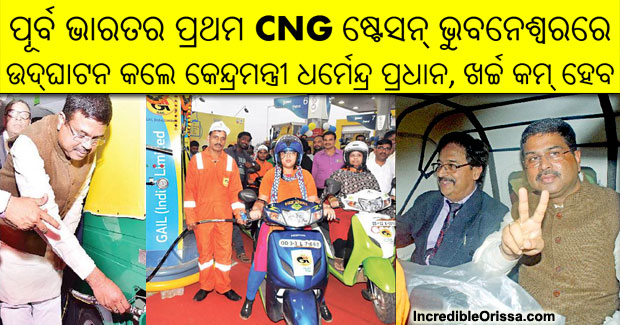