The video song is produced by Venus and directed by Sushant Panda. The song, ‘Ek Lamha Ek Sadi’ was composed by Krishna Beuraa, which makes it an all-Odia endeavour.

Odia artistes are making a mark in the Hindi music industry. A few days ago Ashish Panda directed an album, ‘Kabhi Yaadon Main’, produced by T-series starring Divya Khosla Kumar which was appreciated by all.

Sushant had worked as an assistant director with Bollywood directors like Subhash Kapoor of ‘Jolly LLB’ fame in ‘Phas gaye re Obama’, and with Boney Kapoor. The concept of this music video is conceived by Sushant Panda.

Sushant said he was a theatre artist in Odisha under his Guru Ravindarjee who had urged him to learn the basics of filmmaking. Sushant has acted in many Odia TV serials including the very popular ‘chanda nuhe tume tara’. “I have learnt many things from everyone I have worked with. Filmmaking is an amalgamation of different skills,” he said. 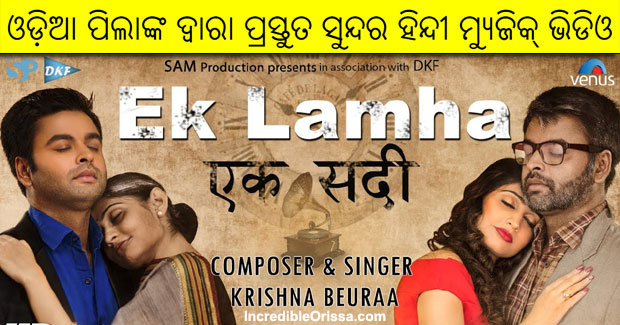