Budhia Singh – Born To Run movie releases today. Directed by Soumendra Padhi, it is a biopic about Budhia Singh, who ran an incredible 48 marathons — one of which was the 65-km distance between Puri to Bhubaneswar – even before he turned five.

Budhia Singh Born to Run is that rare film, which is a must-watch if you want to understand India and its abject deprivation minus the poverty that usually accompanies such depiction. A new filmmaker from Odisha comes up with an assured debut – nicely paced, well crafted and entirely engaging. A film that is rooted in the state, brings alive the sights, sounds, lingos, colours and flavours of Odisha.

The timing couldn’t have been better. It is entirely fitting that on the eve of the Rio Olympics a sports film — Budhia Singh: Born To Run — on an Indian child marathoner, should hit the screens.

Budhia Singh (Mayur Patole) is a young boy who is ready to run because that can fetch him a bicycle. Biranchi Das (Manoj Bajpayee) is a coach who is obsessed enough with this boy wonder to give up his family and career to train him. Together, the duo will make history till politics rips their lives apart.

It is not weighed down by the burden of nationalism; in fact it inverts and questions it. It is not quite about winning for India. Then there is the ‘triumph of the underdog’ cliche. Yes there is an underprivileged child at the heart of the film but we don’t wallow in the squalor of his slum life in Bhubaneshwar, nor do we celebrate his rise up from the bottom of the heap. It is about how India can actually crush its own hope for medals, trample a champion on the margins of the society than help him blossom. In fact it also makes us debate whether it is entirely ethical in dreaming of a champion in a mere five year old?

Soumendra Padhi’s directorial approach is highly impressive. One has to look through the sidelines to actually understand the story he wants to tell. Taking off with the sorry state that most kids in Odisha are in, he makes you wonder there itself of Biranchi’s approach to make Budhia’s life worth the talent that he has, was any wrong. The fact that he truly could have been India’s shining armour amongst the athletes for the marathon.

Being a visionary is always an uphill task and that’s what the film shows. Not many people could digest Biranchi’s visions, thus leading to his cold blooded murder outside his house. While the case has still not been solved, the director hints at various angles that may have led to his death.

Politics and Sports have deadly mixture in India and it has always incurred losses for those with talents. Through the film, Padhi wishes there to be a reconsideration on the life ban that has been imposed on Budhia. In the end credits, he mentions, Budhia wishes to run for Olympics but is looking for a coach like Biranchi.

WATCH: Odia words used in this beautiful song from this film 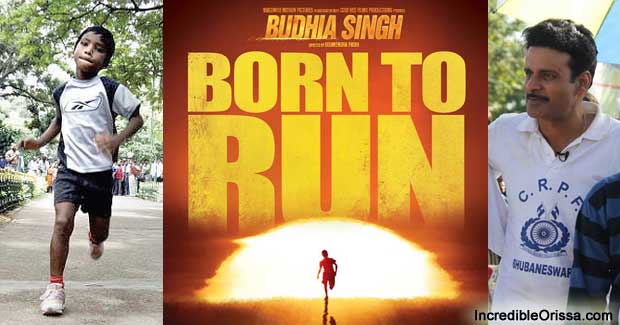