One thing to note is that the users can see six people at any given time in the video chat and the maximum number of people in a group video chat can go up to 50. However, the participants of the video call will only see the dominant speaker. To start a group video call, you need to go to a group conversation and tap on the video icon on the upper right corner of the screen to launch.

In an interesting move, the social media networking giant is also rolling out a feature that allows users to add background colours to their text-only posts on Facebook, as per a report by The Next Web. In order to add colour to the posts, users need to tap on the status bar, choose from the colour choices (which include gradient options), as per the report. The feature reportedly doesn’t work for links, image, or video posts.

This change marks a huge deviation from Facebook’s trademark style with plain and simple aesthetics. The feature is already rolling out to Android devices but will make its way to iOS as well. The feature will be available for the Web version “in coming months,” as per the report. 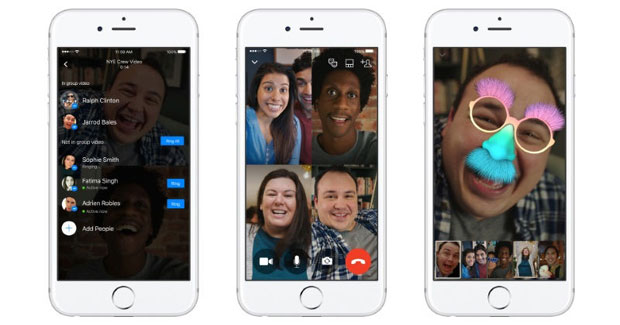