Odisha Chief Minister Naveen Patnaik inaugurated the Fakir Mohan Medical College and Hospital at Balasore. The admission for 100 MBBS seats in the medical college has already begun for the 2018-19 academic session.

The Chief Minister said with the opening of the medical college, a long-cherished dream of Balasore and nearby areas has come true. The CM also unveiled statue of the Odia poet and father of modern Odia literature Fakir Mohan Senapati installed at entrance of the government-run hospital.

Chief Minister had inaugurated the much-awaited Bhima Bhoi Medical College and Hospital in Bolangir on August 31.

He said five medical colleges were approved in Odisha – Balasore, Baripada, Balangir, Koraput and Puri – and funds of Rs 558.6 crore has been released by the Central Government.

The Minister said it has been decided to establish one medical college each under Bhadrak, Jajpur and Dhenkanal parliamentary constituencies in Odisha. Choubey requested the state government to identify land for the proposed medical colleges.

ALSO READ: Nuakhai 2018 to be celebrated in Odisha on September 14 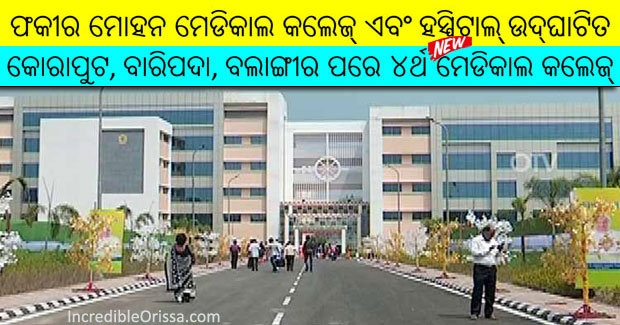