Fakir Mohan Senapati was born on 13th January 1843 (Makar Sankranti) at Mallikashpur in Balasore, played a leading role in establishing the distinct identity of Odia language. He is regarded as the father of Odia nationalism and modern Odia literature. 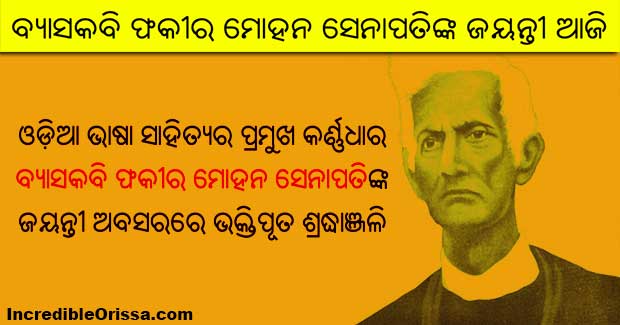 Fakir Mohan Senapati took up his education from Barabati School of Balasore passing as a minor. Due to his poor financial condition, he could not study further. At the age of 18, he worked as a teacher in the Barabati School for a salary of Rs 2.50 per month. He also served in the collectorate of Balasore as a clerk for a short period. He later took up as a teacher in the Mission School of Balasore till 1871. Besides being a teacher, he was also devoted towards gaining wisdom. He also took part in the discussions of English, Sanskrit and Bengali literature and was able to prove himself a pundit.

During this period, he was acquainted with John Bims, the then Collector of Balasore, also a pundit who used to write comparative grammar of different Indian languages. He took the help of Fakir Mohan Senapati to learn Odia. John Bims getting well acquainted with Fakir Mohan’s caliber insisted him to be the “Diwan” of Nilagiri. He served as the Diwan of Nilagiri from 1871 to 1875 at a monthly salary of Rs 1,000 after which he served as “Diwan” at various places of Odisha. He was Diwan at Damapada from 1876 to 1877, at Dhenkanal from 1877 to 1883, at Daspalla from 1884 to 1886, at Pallahada from 1886 to 1887, at Keonjhar from 1887 to 1892, at Damapada for the second time from 1894 to 1896. He stayed at Cuttack from 1896 to 1905 and was attached with various institutions of literature. He spent his last time at Balasore till death.

Fakir Mohan Senapati was married in the year 1856. He married for the second time in 1871 after the death of his first wife. In the year 1877, there was sad demise of his 6-year-old son. He was blessed with a second son in 1881. He lost his wife in the year 1894 who died of diarrhoea. His marital life was not smooth and full of sorrows.

He established a press at Balasore in the year 1868 by the name “Utkal Press”. He published various magazines from time to time in the name of “Bodhadayini”, “Nabasambad” and “Sambad Bahika”. He was the President of the annual conference of “Utkal Sahitya Samaj” held in 1912. He went to visit ‘Satyabadi School’ in 1915 and was very much impressed of the works of Gopabandhu. The annual conference of Utkal Sahitya Samaj was held at Cuttack in March 1917 where he was the ‘President’.

He gave birth to the modern Odia literature. He wrote many stories, novels and poetry. His autobiography was Odisha’s first and foremost admirable self-character. He was the key creator of modern Odia short stories and novels. He was one of the main leads among the other authors who wrote against the cruelty of British rule. He revolted against the conspiracy to suppress the Odia language, which was going on at the time.

Due to his steps for the establishment of Odia press, publishing of Odia books, newspaper and literature magazine, Odia language could survive which would otherwise have been a history forever. His literature consisted completely of pure Odia and melodrama, his unscathed image in the society and his revolutionary social ideology. Fakir Mohan Senapati was an eminent laureate, writer, poet, editor, critic and administrator. He is remembered as “Vyasa Kabi”. His contribution to Odia language and literature is unforgettable. 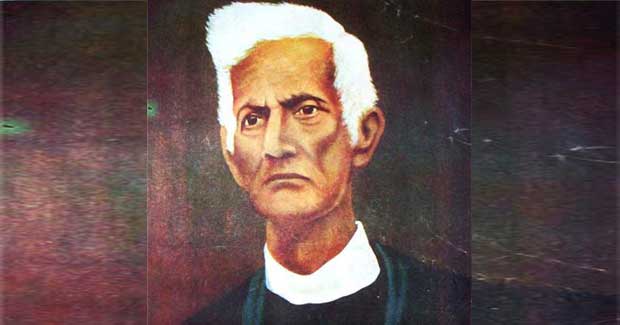