The Jagannath Temple of Puri is a sacred Hindu temple and entry to the temple is restricted only to hindus, and the rest wait till Rath Yatra for darshan of Lord Jagannath. Here is a list of some famous people who were denied entry into the Puri Jagannath Temple.

When Mahatma Gandhi visited Puri in 1934 accompanied by an entourage of Muslims, Christians, and Dalits, the Puri temple authorities refused to allow them entry. Protesting this, Gandhi organized a march which he called the “harijana padayäträ” from the temple’s Singhadwar gate. Gandhiji asked them,”Why should there be any difference between men in a temple of God?”

Vinoba Bhave, an advocate of nonviolence and human rights, known for his Bhoodan Movement, was also refused entry as he had accompanied Mahatma Gandhi and his non hindu followers into Jagannath Temple in Puri.

Due to his caste as a pirali brahmin, Rabindranath Tagore (1861-1941), the Bengali Nobel Prize-winning poet, novelist, musician, and playwright was barred entrance from the temple of Jagannath in Puri.

The famous scholar, champion of the lower castes, and chief architect of the Indian Constitution, Dr B. R. Ambedkar, was refused entry to the Jagannath temple in Puri when he visited there in July of 1945.

Although she was the Prime Minister of India and born in a Hindu brahmin family as the daughter of India’s first Prime Minister, Jawaharlal Nehru, Indira Gandhi was turned away from Puri’s Jagannath temple in 1984 because she had married a Parsi, Feroze Gandhi. She had to suffice with a view of the temple from the roof of the Raghunandan Library across the street.

ISKCON founder A. C. Bhaktivedanta Swami Prabhupada visited Puri in January of 1977. At that time he refused to enter the Jagannath temple unless his disciples were allowed entrance. He was invited to speak there before an assembly of paëòäs and scholars.

Kabir, the mystic poet and saint of India was born in 1389. When he came to Puri he was wearing a tagiyah, a Muslim cap. Seeing this, the paëòäs would not allow him entry in the temple. That night Jagannath came to them in a dream and told them that they should allow him inside of the temple, and furthermore they should help him and respect him. The priests then went to find Kabir and personally brought him into the temple for darçana of Jagannath.

Guru Nanak came to Puri in 1508 with his Muslim disciple Mardana. When they went to Jagannath’s temple, seeing
Mardana the pandas would not allow the disciple or the guru inside. But the king of Puri welcomed Guru Nanak and his followers to have darshan of Jagannath inside the temple.

Biswanath Das (1889-1984) was one of the authors of the constitution of India, and he also served as Chief Minister of Orissa in 1971-72. He was a follower of Mahatma Gandhi as well as a great supporter of the poor and oppressed. It is said that Biswanath refused to visit the Puri temple of Jagannath, protesting against the denial of admission to non-Hindus.

Lord Curzon was the British Viceroy of India from 1989 to 1905. Although famous for being one of the first Britishers interested in Indian geography, history and archeology, when he visited Puri in December 1900, he was denied entry into the temple of Jagannath.

When Maha Chakri Sirindhorn, the Crown Princess of Thailand, came to Orissa in 2005 she was denied permission to enter the temple of Jagannath in Puri due to being born in a Buddhist family.

In May of 2006, the Swiss citizen Elizabeth Ziggler donated Rs 1.78 crore (nearly US $400,000.00 at the time) to the temple of Jagannath in Puri. Although this was the largest single donation ever given in the history of the temple, the priests denied her entrance into the mandir because Ms. Ziggler was born in a Christian family.

READ: 10 interesting and amazing facts about Jagannath Temple in Puri 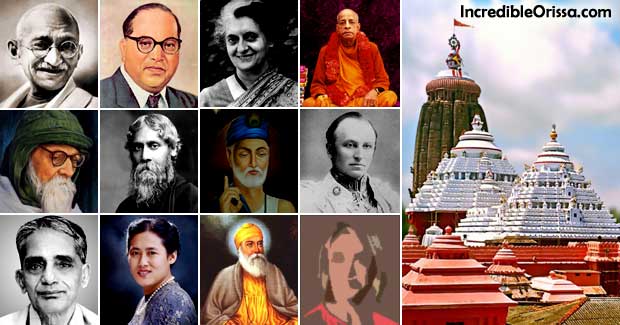 Improve your male potency and fight back the premature ejaculation. With the help of tadalis-reviews.com you will have your healthy sexual life back in no time. Order it with Priligy online and forget about premature ejaculation once and for all.
Copyright © 2021 Incredible Orissa.
error: Content is protected !!
<!-- Cached page generated by WP-Super-Cache on 2021-04-09 14:02: