If you are passionate about films and want to understand nuances of cinema, Biju Patnaik Film and TV Institute of Odisha (BPFTIO) is set to offer a 7-days short course in film appreciation.

The seven-day course, which will roll out on February 14, is open to anyone above the age of 18. As many as 100 seats will be offered for the crash course on the first-come-first-serve basis. For details, visit www.ftiindia.com or www.bpftio.org.in.

With Film and Television Institute of India (FTII) going beyond its Pune campus to skill a bigger youth base, BPFTIO has joined hands with the National institute for launching a film appreciation course for the first time.

Director, Technical Education and Training Balwant Singh said, the course is designed to generate awareness about film-making among the new generation. “The BPFTIO will coordinate the whole course with logistics support but software would be provided by FTII,” he said. Principal of BPFTIO Dilip Kumar Panda said, the course is designed by FTII and will be very handy for those willing to ‘read’ cinema.

For those willing to take up a career in cinema, this course would be very useful. The course would provide technicalities involved in film-making. Earlier, a team from BPFTIO had visited FTII and held discussions about the course which would be held at Museum of Tribal Arts and Crafts in Bhubaneswar. Panda said the institute will also look at holding such courses periodically in the future. 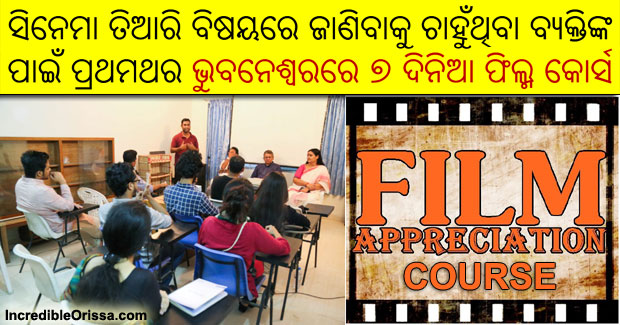