He was 91. He was suffering from age-related illness. He breathed his last at around 3 pm. The Gandhian and veteran politician was admitted to SCB after his health condition deteriorated on February 12.

“He was suffering from age-related illness. He was admitted to the hospital on February 12 following his health condition deteriorated. On the same day, he was shifted to Central ICU of the hospital. He had kidney and other age-related problems. A team of doctors had been formed for treating the veteran at the hospital. Despite all efforts by the team of doctors, they could not save the former parliamentarian,” said Dr Bhubanananda Moharana, Emergency Officer, SCB.

He was considered close to former chief minister Biju Patnaik. Born on 26 November 1926 in Bhanaragarh village in Puri district, Rabi Ray joined national politics due to the inspirational leadership of Dr Rammanohar Lohia.

Prime Minister Morarji Desai inducted Ray into his Cabinet as Minister for Health and Family Welfare in January 1979 and the latter continued in that post till January 1980.

The General Elections to the 9th Lok Sabha were held in 1989 and he returned to the Lok Sabha on the Janata Dal ticket from the Kendrapara constituency. On 19 December 1989, he was unanimously elected as the Speaker of the Lok Sabha as the first leader from Odisha to occupy the exalted post. 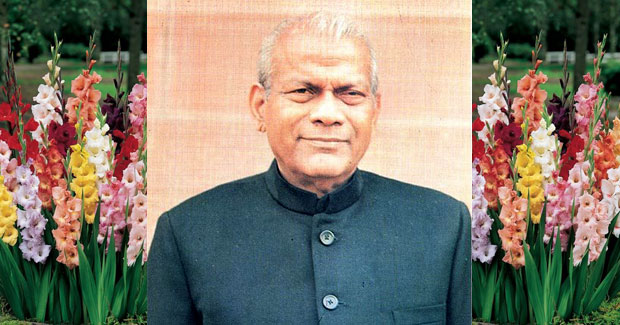