Pradip Sahu and his wife Chetana Sahu, hailing from Odisha, became the first Odia couple to scale the Mount Everest.

The couple had touched the sunmit at 8,848 mt above sea level on May 19, but could not share their joy with the rest of the world due to a slight change in the weather. The couple recently made it to the camp site just below the summit to finally announce their achievement.

Pradip Sahu (45) and Chetana Sahu (43), natives of Banki in Odisha’s Cuttack district are the second Indian couple to have successfully reached the Earth’s greatest elevation – the summit of Mt Everest.

This was the couple’s third attempt to scale Mt Everest. In the first unsuccessful attempt in 2014 there were reports of a major landslide and the death of 13 Sherpa men, which prompted the couple to abandon the expedition. In their second attempt in 2015, earthquakes were reported from the area.

The couple have been literal explorers and even teach mountaineering to aspiring volunteers. The couple has been pursuing the hobby for the last 30 years, and has spent their entire life’s savings towards this expedition, claim their close relatives.

CHECK: Buddha was born in Odisha claimed scholars of state 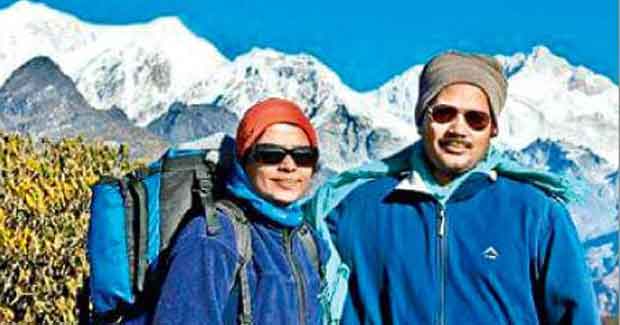