Focus Odisha, which has been on-air since a few months, was formally launched in the presence of the Group CEO Niraj Sanan, Group Editor Sanjib Srivastav, Focus Odisha Editor D N Singh and other officials.

Sanan and Srivastav dedicated the news channel to the people of Odisha and said it would redefine news broadcasting and play a major role in the evolution of television journalism in the state.

Among others, Focus Odisha’s Editor, Current Affairs Manoranjan Mishra, Focus Odisha Editor D N Singh, Input Editor Bhakta Tripathy and other staffs of the channel were present on the occasion. 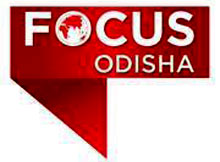 Speaking at the function, the chief minister said the perception that he did not allow a second line of leadership to grow in the ruling Biju Janata Dal was incorrect and claimed he gave due importance to both the advice and work of his party colleagues.

8 Comments
Improve your male potency and fight back the premature ejaculation. With the help of tadalis-reviews.com you will have your healthy sexual life back in no time. Order it with Priligy online and forget about premature ejaculation once and for all.
Copyright © 2020 Incredible Orissa.
error: Content is protected !!