Back in June 2016, the world’s biggest contract electronics manufacturer Foxconn was eyeing a coastal site in Odisha to open a mobile manufacturing unit. The plan did not take off as company officials did not engage with the state government.

Foxconn eyeing Odisha as a possible location follows its marked delay in commissioning an electronics manufacturing plant in Maharashtra, where it pledged $5 billion investment with a promise to spawn around 50,000 jobs.

Foxconn’s India operations are in Andhra Pradesh and Tamil Nadu where it makes Xiaomi- and Nokia-branded handsets respectively.

Back in June 2016, Foxconn was eyeing a coastal site in Odisha to manufacture cellular handsets. The plan floated without gaining headway as the company authorities did not engage with the state government for official-level talks.

Recently, Josh Fougler, country head and managing director of Foxconn International Holding, India met the officials of the Odisha government. State officials made a detailed presentation about the eco-system of electronic system design and manufacturing (ESDM) sector and industry-friendly policies in the state. 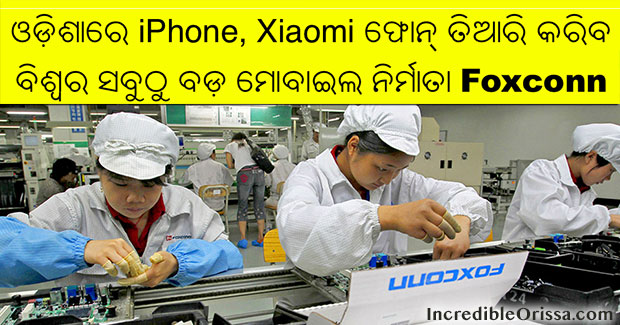