In major boost for the Make in Odisha, France expressed its interest to invest in the State. A French business delegation on Saturday met Odisha Chief Minister Naveen Patnaik to explore investment opportunities in the state.

The Chief Minister requested the French companies to invest in the state and participate in the second ‘Make in Odisha conclave’ scheduled to be held in Bhubaneswar from November 11 to 15.

The delegation said that since Odisha has the appropriate environment for financial investment, France will put in efforts to boost commercial ties with the state.

France has expressed its intent to invest in the hotel, steel, electrical appliances, energy and other sectors, said a statement from the Chief Minister’s Office.

Informing that Odisha has now become an attractive destination for investment, the Chief Minister said a socio-economic and commercial bond can be established between India and France with investments in Odisha.

ALSO READ: Odisha tops in country in the construction of rural roads 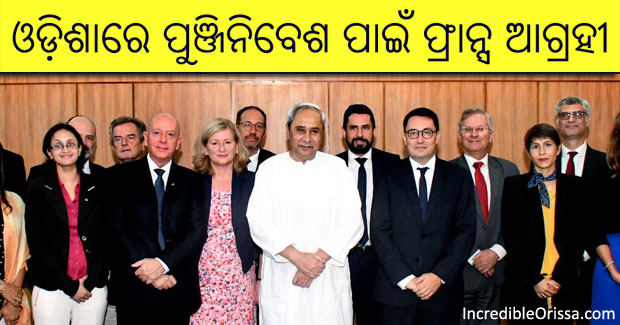