A free digital library of Odia literature featuring mainly printed periodicals and books inaugurated recently. An organisation called Srujanika is making an attempt to promote and preserve the Odia language with its website odiabibhaba.in.

The material on the website has been generated primarily by Srujanika. Work on this had begun in 2004 under a special effort called Project Rebati, which aimed to develop and strengthen the Odia language computing resources, and to preserve printed material related to Odisha and the Odia language through digitisation and to make these easily available.

It also has information on Odisha and Odia in other languages as well as translations of Odia writings. The material presented on the website is free for browsing and download.

The first output from the digitisation work was the digital version of Purnachandra Odia Bhasakosha (2006). This was followed by other digital compilations such as the collection of Odia dictionaries 1811-1942 (2008), Odia periodicals, 1856-1950 (2012) and the collected works of several writers.

So far, these have been made available on physical media such as CD/DVD/flash drive primarily for the use of researchers and individuals. But this method had its limitations which this website intends to overcome and make the archives easily accessible. The website also contains some material collected from other sources and reprocessed by the Srujanika team into a more presentable form, the original sources being duly acknowledged. 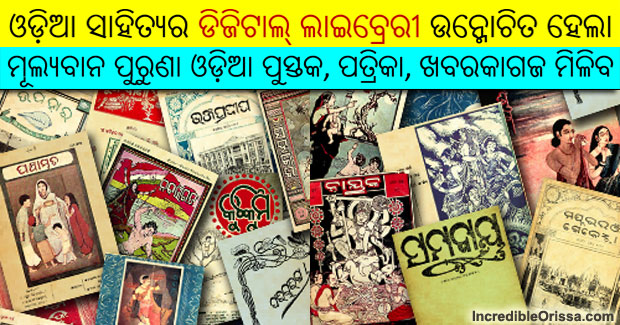