Mahatma Gandhi is revered all over the country but people of Bhatara in Sambalpur district of Odisha worship his idol in a temple.

The Gandhi temple in Sambalpur attracts people of all religions and castes who offer their obeisance to the idol of the Father of the Nation sitting under the Tricolour. 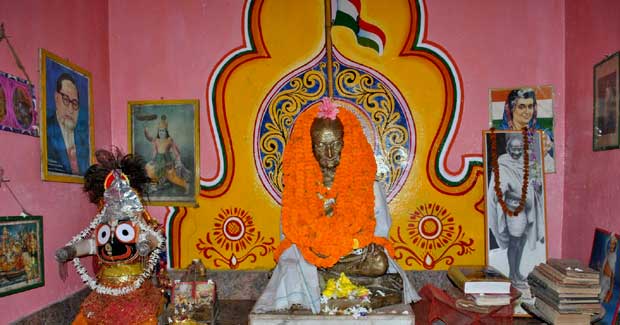 ALSO READ: Mahatma Gandhi’s all visits to Odisha between 1921 and 1946

Hundreds of people from all walks of life thronged this Gandhi Temple, which is probably the only Gandhi temple of father of nation in Odisha, to offer their prayer to the Mahatma on the occasion of Gandhi Jayanti on Sunday.

People offered floral tribute and joined the Ramdhoon being played inside the temple.

The foundation stone of Gandhi Mandir at Bhatra in the municipal area of Sambalpur was laid on March 23, 1971. It took almost three years to complete the construction of the temple. Its interior decoration was designed by Mr. Truptabhusan Dasgupta a local artist of repute and the idol of Mahatma Gandhi was sculpted by an artist of Khallikote Art College, Ganjam.

Established by former Dalit legislator of the District, Abhimanyu Kumar, the temple was formally inaugurated by the then Chief Minister Nandini Satpathy on April 11, 1974.

A bronze statue of Mahatma Gandhi has been installed in the sanctum sanctorum of the temple. Gandhiji gets worshipped here every day. Puja is offered twice in a day and apart from Ramdhoon, the Bhagwat Gita is recited as part of the ritual with people joining it.

“Gandhiji had addressed a grand meeting in Sambalpur in 1932. The former legislator Abhimanyu Kumar had attended the meeting. Inspired by the speech of Gandhiji, Kumar had decided to build a temple of Gandhiji as mark of respect. Gandhiji’s words had made Abhimanyu to consider Gandhiji as God of the Dalits,” said president of the temple committees, Pramod Ranjan Kumar. 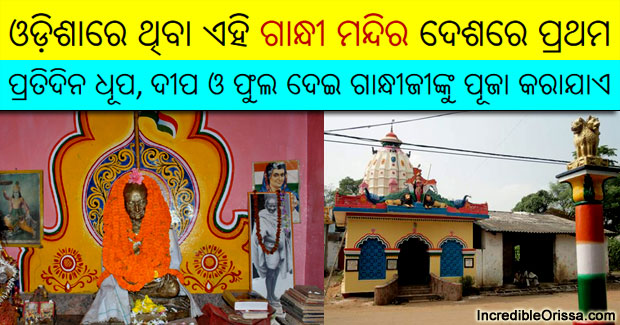