A cover of the Padmaavat song Ghoomar by a group of youngsters from Odisha has garnered appreciation from people on Twitter and YouTube.

Odissi danseuse Pallavi Das’s cover, an Odisha folk dance version from the controversial film, was performed by students of Guru Pankaj Udra Sanskruti Academy. It is a combination of Sambalpuri folk dance and Chhau dance form.

In the video, men and women are seen dancing to the song at various locations in and around Chilika. The aim is to take the historical traditions of Odisha to a global audience.

“The tourists sites of Odisha is a huge attraction for many. Also, a number of cover songs of the song has been released and have become popular. We thought of giving an Odia touch to the song and in the process popularise the heritage of the state,” said Pallavi Das, the granddaughter of legendary Odissi Guru Pankaj Charan Das.

She said the composition was formally made a month ago. “We shot the video in a day but the process was really exhausting as we had to ensure not to hurt the sentiments of anyone,” she said. 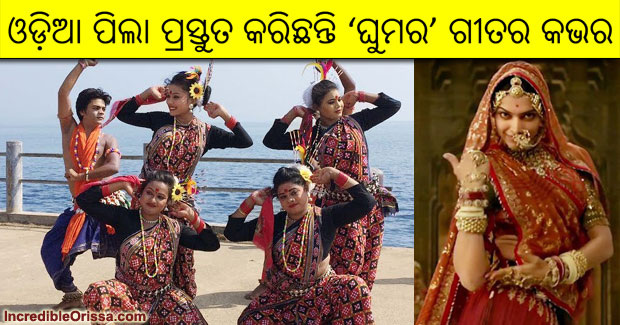