After bagging much-awaited Geographical Indication (GI) tag for ‘Odisha Rasagola’, state government to now explore the opportunity of getting the GI tag for ‘Chhena Poda’ and ‘Arisa Pitha’.

These traditional Odia delicacies have now gained momentum from various parts of the state. The topic was raised by BJD MLA Debi Prasad Mishra in Odisha Assembly on July 29.

Odisha received the official recognition for ‘Odisha Rasagola’ from Geographical Indication (GI) of India on July 29.

“The issue was raised in zero-hour discussion by a member in the House. We will do all the paperwork and other formalities required in this regard. Chenna Poda is a traditional delicacy and is used in all functions, including marriages and other celebrations. It is also associated with the Jagannath temple and is offered to the Lord Jagannath,” said Micro, Small and Medium Enterprises Minister of State, Dibya Shankar Mishra.

“We shall also need to vet the documents that will be presented to acquire this recognition. The government shall proceed with the application only after obtaining all the required facts and evidence with regard to these delicacies,” he added. 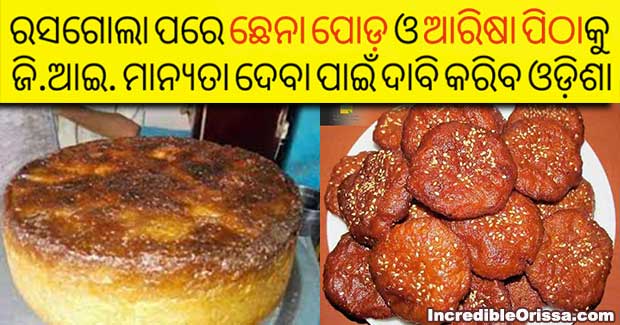