Former chief minister of Odisha and now BJP leader Giridhar Gamang on Friday said he had been “painted as a villain” for his one vote against the Atal Bihari Vajpayee government on April 17, 1999. He is tired of explaining people that he committed no wrong in participating in the vote.

As a Congress MP, Gamang had voted against the motion though he had already become Odisha chief minister by then. Since the Vajpayee-led NDA government lost the motion by single vote (269-270), resulting in mid-term elections in the country, questions were raised time and again on whether Gamang should have participated in the vote since he had become CM by then though he was yet to resign from Lok Sabha.

Even as Gamang participated in the funeral procession of Vajpayee on Friday, the former parliamentarian, who was elected to Lok Sabha for nine times, said, “Vajpayee’s death is an irreparable loss and is painful to the entire country. But my vote against him in the trust move was never questionable. Those questioning it should know the laws and norms better.”

Attacking his critics, he said: “As I am a poor tribal man, every one tried to show me in a poor light. At that time Vajpayee belonged to the NDA and I belonged to the Congress. I did what the party had expected from me.”

However, he said: “My voting did not have any impact in my relations with Vajpayee. The BJP made it an election issue and came back to power. Both Vajpayee ji and I remained colleagues and spent a lot of time in Parliament. I just want to remind you that if he was a 10-time Lok Sabha MP, I had gone to Parliament nine times. From this one can know how much time did we had spent together. Politics and personal issues are two different things.” 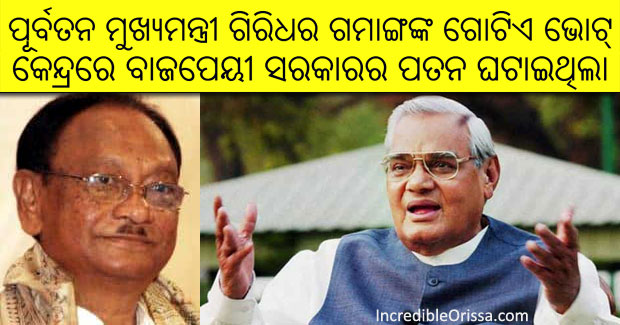