Cannes Film Festival 2016, scheduled to commence from May 12, will include screening of God’s Own People, a documentary on Nabakalebara of Lord Jagannath.

Tourism and culture minister Ashok Chandra Panda has left for Paris for this. Panda hoped that the screening of the documentary would garner appreciation worldwide on Rath Yatra and other rituals relating to Lord Jagannath. Besides, it will help boost the state’s tourism potential, especially attracting foreigners in religious tourism, he said.

‘God’s Own People’, a documentary of 80 minutes duration, produced by renowned film maker and director Padmashree Nila Madhab Panda has been sponsored by Tourism and Culture Department, Govt of Odisha.

An amount of Rupees 78 lakhs has been spent for production of the documentary, which was highly praised by distinguished personalities including the Governor and the Chief Minister during a special show in Bhubaneswar some days back. It was expected that the film would attract more global appreciation. 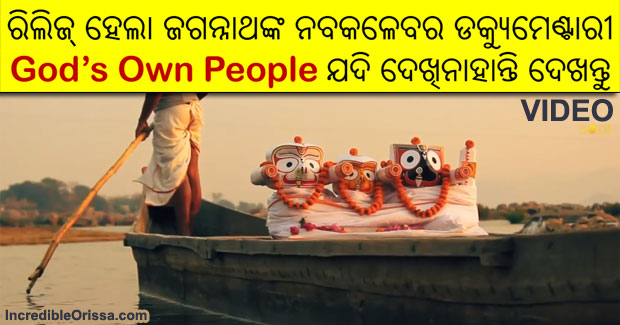