Gold mines have been discovered in Odisha, which has a vast reservoir of mineral wealth like iron ore, bauxite and coal, during a survey by Geological Survey of India (GSI) and the state geology department.

Odisha has reported gold deposits in the past though these are yet to be worked. Sources said that in 2007, gold reserves were found at 18 different locations in Keonjhar, Mayurbhanj, Sundergarh, Koraput, Nabarangpur, Malkangiri, Angul and Boudh districts.

At that point of time, the deposits had appeared to be workable and commercially viable. However, ever since there has been no news on this front. Sources, however, said the discovery of high-grade platinum might also revive the interest in gold.

At that point of time, as many as 18 private companies had submitted applications seeking licences for exploration of the mines. The Odisha unit of the Geological Survey of India (GSI) has made the first-ever discovery of high-value platinum in mineral-rich Keonjhar district. 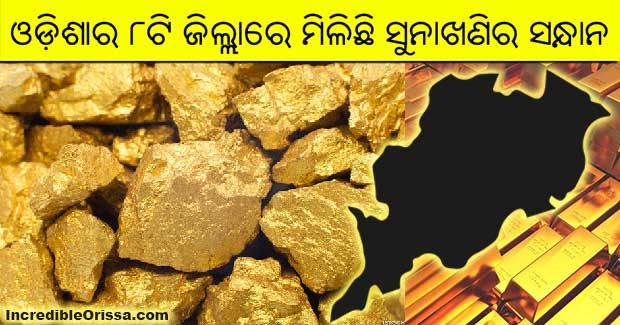