Gour Hari Dastaan is a released Hindi film based on the life of Odia freedom fighter, Sri Gour Hari Das who fought for India’s freedom from the British Empire.

National Award-winning director Ananth Mahadevan’s biopic depicts the 32-year-long struggle of Gour Hari Das with the bureaucracy to prove that he is a freedom fighter.

The film traces the life of Das, played by Vinay Pathak, and tells a tale of two generations locked in a see-saw battle. The film has been an Official Selection at 14 international film festivals and has won Vinay the Best Actor Award at the Paris Extravagant India Film Festival, and Konkona Sharma, who plays his wife, a Best Actress nomination at the New York Indian Film Festival.

The film, which encompasses the past in a stinging modern-day satire on free India through the eyes of the freedom fighter Gour Hari Das was released on 14 August 2015.

In the border village of Jhadpipal in Odisha, Das volunteered in independence-related activities for five years. After hoisting the Indian flag against orders on Independence Day (celebrated on January 26 during British rule), he was sentenced to nearly two months in jail in 1945.

Das, who studied under Gandhiji’s nayee taleem or ‘education through craft’ programme, worked for the Khadi and Village Industries Commission (KVIC) throughout his professional career. He was called by the commission to help develop weaving technology in Maharashtra.

During a move to create records of freedom fighters in Odisha, Gour Hari Das had applied for identification but the endeavour never took off. After moving to Mumbai, he revived efforts for recognition because it would have helped his elder son get an engineering seat at the Veermata Jijabai Technological Institute.

Of course, the request was not processed in time and his son later won admission to Indian Institute of Technology Bombay on merit. Still, Das persisted, travelling in turns to the collector’s office and Mantralaya. The procedure was slowed by a decision of the then Maharashtra government to not support freedom fighters from outside the state. Das had to gather proof that he was not drawing benefits in Odisha and that he had spent more than one month in jail during the struggle.

He found support in his neighbour Rajeev Singhal and activist Mohan Krishnan of NGO National Anti-Corruption and Crime Preventive Council (NACCPC). His first letter requesting acknowledgment was dated 1976 and the certificate finally came through in 2009. 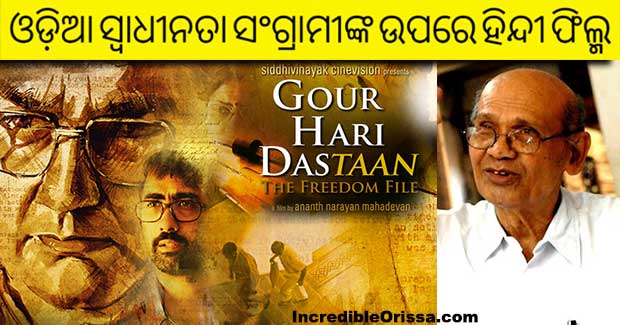