Karmabira Gourishankar Ray is a prominent figure among the makers of modern Odisha (Orissa). He is also the saviour of Odia (Oriya) language and literature.

He founded the Cuttack Printing Company and edited Utkala Deepika, the first Oriya newspaper to be printed as a weekly in 1866. Utkal Deepika owed its birth to the upsurge of nationalism playing a significant role in sociopolitical life of Odisha.

Gourishankar Ray led the ‘Save Oriya’ movement during the late nineteenth century working relentlessly for the protection and preservation of the Odia language. It won’t be wrong to say that he was the pioneer in the co-operative movements as well as printing & publishing crafts in Odisha.

He has also worked for introduction of a universal and popular Odia language for different parts of Odisha with the common and colloquial Odia language in literature, different pauses, uniform alphabet & a popular prose style in Odia writing and printing, besides introduction of one lipi which is Devnagari for the whole country in order to bring about national integration.

Gourishankar Ray is remembered as an icon of patriotism, a great reformer who dedicated his entire life for noble causes like widow marriage, prohibition of dowry, child marriage and co-dying or Sati system.

On the occasion of the 150th year of publication, Utkala Deepika, the first Odia Newspaper of Odisha, is going to pay its tribute to the first editor of the publication, Karmabira Gourishankar Ray on 13th July, 2016 at The Press Club of Odisha, Master Canteen Square, Bhubaneswar.

CHECK: 40 water ATMs to be set up soon in Bhubaneswar 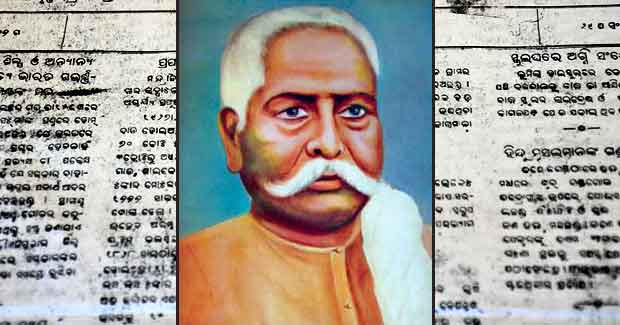