Meet Haldhar Nag, a 66-year-old poet and writer from western Odisha who has been named in the PhD research theses of five scholars. This poet writes in Kosli language, and at this age, he remembers all the poems and his 20 epics that he has written so far.

Popularly known as Lok Kabi Ratna in Odisha, the themes of his poems are based on the rural areas and his writing are mainly on religion, nature, society and mythology. “In my view, poetry must have real-life connection and a message for the people,” he said.

Haldhar Nag was born in a poor family in Bargarh district. He lost his father very early and the abject poverty forced him to drop out in Class III. He had to work as a cook in a high school to support his family. He is always seen wearing a white dhoti and a vest. He has never worn footwear. “I feel free in this attire.”

Now, the Sambalpur University has decided to compile his writings and include his poetry in the syllabus. 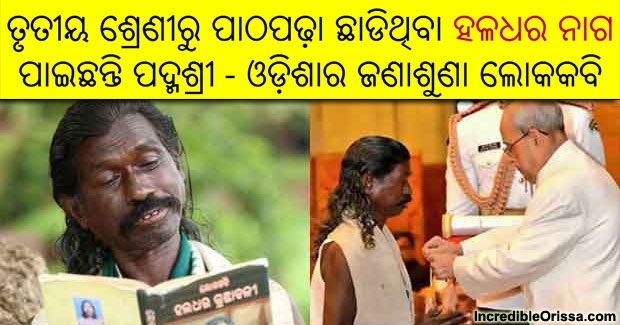