Popular comedians of Odisha – Hari and Papu Pom Pom are working together in one Odia film, which is definitely a good news for both of their fans. And the film’s title is Kabula Barabula Searching Laila.

Anubhav Mohanty and Elina Samantray are in main lead. The movie will release in this Dussehra. Harihara Mohapatra and Papu Pom Pom shot a scene together for this Odia film. Watch the shooting video here.

WATCH: A comedy song ‘Sonu’ from this upcoming movie

In this upcoming film, audience will see Papu Pom Pom with Anubhav in village scenes. And Hari will be seen with Anubhav in Malaysia scenes. The script has been written accordingly.

From the shooting video, the scene is looking superb. And people will see it on big screen, when the film will release in theatres. This news is definitely a good sign for Odia film lovers. 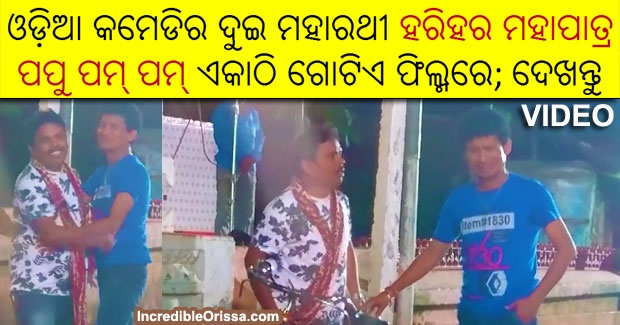