National award winning Odia feature film ‘Hello Arsi’ has been selected as one of the 12 entries for Tallinn Black Nights Film Festival to be held from November 16 to December 2 at the capital city of Estonia.

‘Hello Arsi’ had won three awards at the 65th National Film Awards announced in April this year. The film got the honours for Best Odia Film, Best Dialogue and also a Special Mention for actress Prakruti Mishra.

It will be screened in First Feature Competition category of this leading film festival in the Nordic countries and Eastern Europe. Ajay Routray will represent as the producer of Hello Arsi in the film festival.

Representing countries from five continents, the festival has added eleven competition films to the previously announced seven, with six of them originating from European countries, two from Asia, two from the Americas and one from Africa.

Hello Arsi, chronicles the day in the life of two strangers who have met on a highway and go on to share a car ride and conversation. Director Sambit Mohanty passed away last year soon after shooting completed. 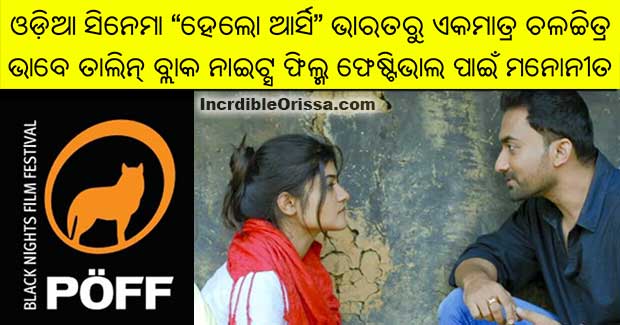