Hello (in love) is the new odia movie of director Susant Mani starring newcomers Sanu and Sushri in the lead roles.

Director Sushant Mani is known for his poignant presentation of modern day love stories. He has tried to fuse freshness to his new movie “Hello”, by introducing fresh faces.

Based on the love story of a Bengali boy and an Odia girl, the film will be released in both languages. Moreover, this unusual love story has been entirely shot on a beach. So Mani’s experiment with the debutant actors is certainly something you can watch out for.

Music director Biswaswaroop Mohapatra is back again to mesmerize the audience with his ‪soulful‬ ‎odia‬ ‪songs‬ for the movie “Hello”. He made his debut with the ‪odia movie‬ ‘Kehi Nuha Kahara’.

Nayak Films and Entertainment presents the super romantic odia movie “Hello – In Love”. Niranjan Nayak is a first timer in the field of production. 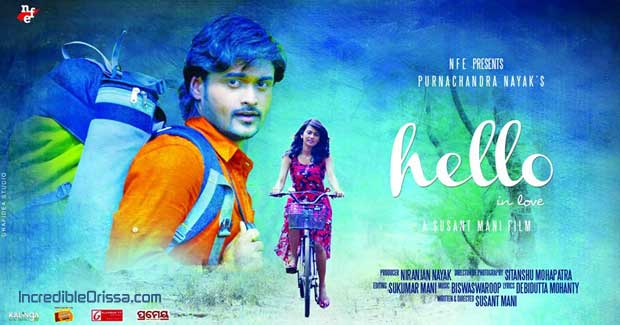 Here is cast and crew details about the movie.