This is the image of three lead heroines – Mausumi Nayak, Elli Padhi and Deepika (from left to right) from the premiere show of recently released Odia horror film 2014 Fear of the Year.

All star cast and crew of the film are present at Shriya hall, Bhubaneswar yesterday evening.

2014 Fear of the Year is an ambitious project of a group of people who wanted to make a technically rich Oriya horror film of Bollywood standard. 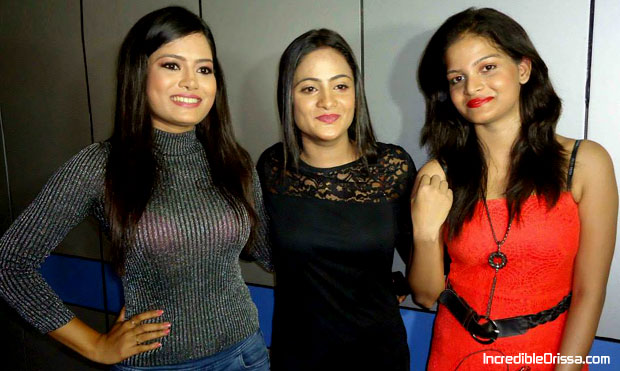 Home > Gallery > Heroines of horror film 2014 Fear of the Year