I am Odisha rap song and Odia music video in the voice of Rapper Big Deal, which is dedicated to Cyclone Fani and CM Naveen Patnaik, is released on Youtube.

ALSO WATCH: Dinosaur comes to life at Esplanade One mall in Bhubaneswar

The extremely severe cyclonic storm ‘Fani’ had made a landfall on May 3 near Puri and had affected 14 districts of the state. Nearly 1.65 crore people were affected while 64 people lost their lives in the disaster.

About 48% of the electricity consumers in Puri district are yet to get back their power connection even though one month has passed after the extremely severe cyclone ‘Fani’ made landfall near Puri town on May 3, officials said Saturday.

This was revealed at a meeting when the new Revenue and Disaster Management minister Sudam Marandi took stock of the restoration work in the cyclone-affected districts. 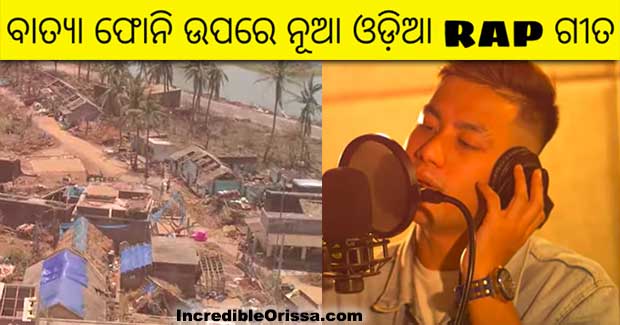