The Foreign Secretary said the air strike in Balakot was non-military and pre-emptive in nature and was planned in a manner to avoid civilian casualties. “India is firmly and resolutely committed to taking all measures to fight the menace of terrorism. This non-military, pre-emptive action was targeted specifically at JeM camp. The selection of the target was also conditioned by our desire to avoid civilian casualties. It’s located in deep forest on a hilltop,” he informed.

The official also said that information regarding training camps in Pakistan-occupied Kashmir have been provided to Pakistan from time to time, but Pakistan continues to deny their existence. “Such training camps with hundreds of jihadis cannot function without the support of Pakistani establishment, he stated.

Sources are telling that a day after Pulwama, the air chief had proposed an air strike. Later, an aerial recce was done and locations to strike were identified. A mock drill was also done over central India and then executed, they said. 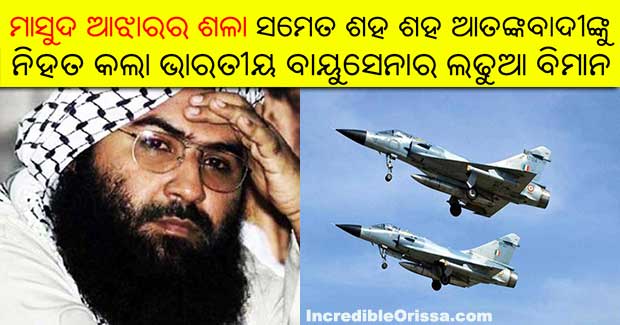