Gauri Parasher Joshi, a 2009-batch IAS officer from Odisha cadre, who is on deputation to Haryana, saved Panchkula from Dera violence. After being outnumbered by the thousands of rampaging dera followers, the local police had fled the spot, leaving the young officer to almost fend for herself.

It could have been a repeat of the unprecedented Jat agitation violence that had rocked Haryana in February 2016, if Deputy Commissioner Gauri Parasher Joshi had not pressed the Army into action when violence and arson reigned supreme in Panchkula.

It was her experience of having served in the Naxal-affected district of Kalahandi in Odisha that helped the 2009-batch IAS officer from Odisha cadre, who is on deputation to Haryana, not only to save her life but also to save the situation from totally slipping out of control.

The Panchkula violence and arson left at least 32 dead and more than 250 persons injured, besides damaging property worth crores of rupees.

As violence escalated, this mother of an 11-month-old suffered injuries and even her clothes got torn. Left alone with a single PSO, she went to her office and issued an order to hand over the situation to the Army, which helped avoid further deterioration of the situation. 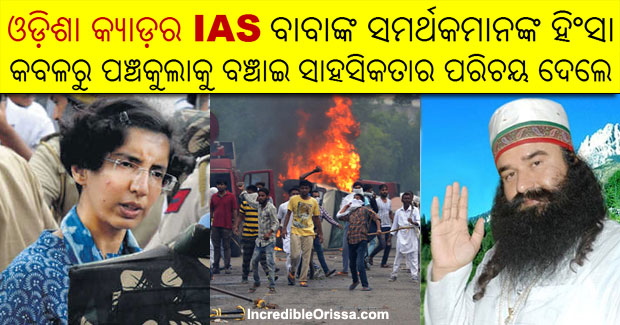