ICICI Bank is claiming to be the first Indian bank to use software robotics for banking processes.

ICICI Bank on Thursday said the technology has helped them in reducing response time by up to 60 per cent.

The bank has already automated 200 business process functions and plans to increase this to 500 soon. The private lender is building its own robotic software and has recently bought an automation platform from OpenSpan – a robotic provider to beef up its capability.

The lender started experimenting with software bots at the beginning of this financial year. Now, over a million banking transactions across 200 business processes are carried out by the technology on a daily basis.

Software robotics is essentially a step up over automation, where bots ensure applications can interact seamlessly.

Chanda Kochhar, managing director & chief executive officer, ICICI Bank, said that software robotics is being used for transactions that have high volumes, are time taking and repetitive in nature.

The announcement comes a month after HDFC Bank announced that it plans to introduce a robot – through its project AI (artificial intelligence) – at one of its front offices. This is likely to be introduced in about a month’s time, to enhance customer experience in banking. 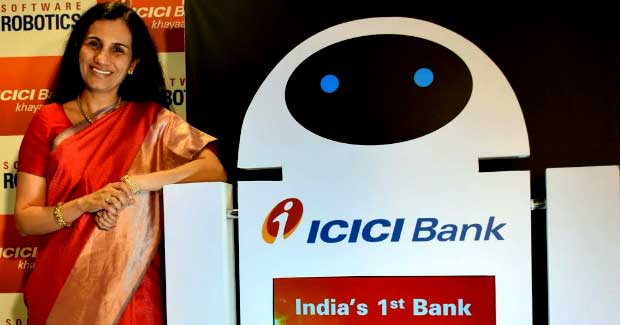