Western Odisha erupted in joy after the Union cabinet on Wednesday announced the setting up of the Indian Institute of Management (IIM) in Sambalpur. People celebrated by distributing sweets and bursting crackers.

Making the announcement after the cabinet meeting this afternoon, Union minister Ravishankar Prasad said classes in the Sambalpur IIM would begin from the current academic year (2015-16).

A total of 140 students would be admitted to each of the six new IIMs, including Sambalpur, he said.

The Odisha Government has expressed its satisfaction over the decision of the Union Cabinet.

The national secretary of BJP, Suresh Pujari, said his party has always stressed on equal development of regions in Odisha and not focus on any particular region.

Member of Paschimanchal People’s Forum (PPF) and former vice-chancellor of Berhampur University Aditya Prasad Padhee said it is a victory of the people of the region who have been agitating for the cause for over a year. The celebration spilled over to the streets as sweets were distributed among the commuters at different junctions by PPF and other organisations.

In-charge Chairman of PG Council, Sambalpur University, Prof Dr Sukhdeb Nayak welcomed the move and hoped that more students from the Western Odisha will get into IIM, a trend that has been noticed in National Law School after it was opened in Cuttack.

Vice-Chancellor of VSS University of Technology (VSSUT) Prof E Saibaba Reddy said presence of an IIM will turn the region into an educational hub and trigger development.

Sambalpur MLA Raseswari Panigrahi said, “We will extend all support to make it one of the best IIMs.”

President of the Sambalpur Bar Association Pramod Rath felt the IIM would help in the overall development of western Odisha.

Faculty member, IIM-Lucknow, Satya Dash, was a little skeptical of the quality of teachers and students. In the absence of international air connectivity, he felt not many faculty members would visit the place.

With the addition of six new institutes, the total number of IIMs in the country will go up to 19. 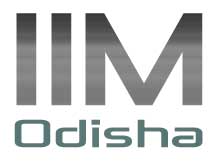 Notably, a four-member central team had come to Sambalpur on a two-day visit on June 20 and inspected the proposed permanent and temporary campuses in Sambalpur. They had expressed their satisfaction over the sites selection.The team had said that it will submit its report on June 25.

But the decision of the Union cabinet came a day ahead of the submission of the report.